Deprecated: Function create_function() is deprecated in /home/mpq06430j4fa/public_html/wp-content/themes/laurie-blog/inc/widgets/widget.author.php on line 4

Deprecated: Function create_function() is deprecated in /home/mpq06430j4fa/public_html/wp-content/themes/laurie-blog/inc/widgets/widget.author2.php on line 4

Deprecated: Function create_function() is deprecated in /home/mpq06430j4fa/public_html/wp-content/themes/laurie-blog/inc/widgets/widget.ad-banner.php on line 4

Deprecated: Function create_function() is deprecated in /home/mpq06430j4fa/public_html/wp-content/themes/laurie-blog/inc/widgets/widget.posts.php on line 3

Deprecated: Function create_function() is deprecated in /home/mpq06430j4fa/public_html/wp-content/themes/laurie-blog/inc/widgets/widget.posts2.php on line 3

Deprecated: Function create_function() is deprecated in /home/mpq06430j4fa/public_html/wp-content/themes/laurie-blog/inc/widgets/widget.subscribe.php on line 4
 On Starting Over - LIVE LIFE LOVE LIFE
Skip to content 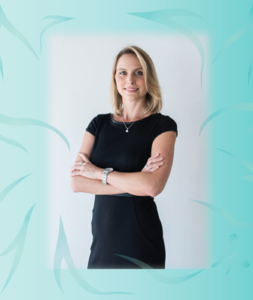 If my life were listed in iterations, I would say I was on version 10.2 right about now. In the last 3 years I’ve started over at least three times. The real question is, am I “ok” with it? After much internal emotional strife, fear of judgement and being quite uncomfortable the answer now is… yes.
However, I have to say, I didn’t feel “ready” to write this yet. Many times, by the time you read someone’s story, it’s all buttoned up with a happy ending. But right now, I feel as though I’m in the thick of it. It’s not a tidy package. It’s a blob of clay. It’s a beginning… again.
And that’s OK. I’m accepting that. I’m aiming to love and embrace that. I’m practicing detachment, which in the yogic tradition is all about allowing your actions to be free from attachment to any outcome.
Let me catch you up and start from a beginning, not “the” beginning but “a” beginning point on this journey of starting over.
In 2015 I found myself in a new job, let’s call it Director of Communications. I had a fancy title, a good salary and a big office at a prestigious organization. It was a job I thought would be “it” for me. I was so excited to finally land this position I was telling everyone how proud I was to have it! After multiple interviews lasting hours on end, and asking colleagues in common for input, I felt like I did my due diligence at evaluating it as the best move for me.
Fast forward 3 months, I find myself in a toxic work environment. This wasn’t simply a case of “I don’t like it here,” it was a full-department turnover of 22 people, due to unqualified leadership which nothing was being done about despite several staff reports and various employees leaving without new jobs. It was the Titanic of work environments and I refused to be sunk. So, what did I do? I jumped ship!
I made a calculated risk and left my job without another one… GASP! The cardinal sin of careers, right?
But I decided this might just be the push I needed to act on a tiny voice in my head that had been whispering at me for years, but I kept ignoring. “Try something entrepreneurial,” it beckoned. But I was scared! And having a ‘job’ felt safe… until it wasn’t.
Since my mom had long suffered with unknown illnesses that we sought to treat holistically I tackled three certification programs ASAP (yoga, coaching and nutrition). My intention was to coach people to transform their life and health with the lessons learned on my mom’s 20-year journey to regain her health as well as what I had learned.
Immediately I created a logo, a website, a Facebook page, a lead magnet, videos, brochures, flyers, a mailing list and started networking to build awareness. I did all the marketing things I knew how to do… and I enjoyed doing. Struggling to get clients, I decided to write a book which allowed me to do some speaking and share my story and my mom’s story.
During the process of writing and speaking something clicked. I simply wasn’t a health coach. It wasn’t my mission to focus on health in this particular way. I’m not a medical professional, nor was I trying to be one. My coaching was more about goal setting, creating habits and human behavior.
I had to confront the fact that even though I took a big risk, invested a ton and committed myself to a new direction branding myself as a wellness expert and coach, it wasn’t allowing me to use my strengths and see the success I planned for myself. I had to start over… again.
As soon as I told myself it was OK to change again, I started to feel lighter. As soon as I gave myself permission to reinvent myself for another round, another brand, another direction… momentum started to kick in. I started to feel like me again. And that, is something worth paying attention to!
So, I’m starting over as… an entrepreneurial communicator. I write, and I do training. I help companies tell their story to build their ‘know, like and trust’ factors which can improve traffic and the likelihood that people buy (human behavior). I also help companies enhance communication, teamwork and collaboration through the accompanying training of Everything DiSC Workplace® and its suite of tools on management, sales, and productive conflict (human behavior). There are some common threads here, as you’ll notice. I’m convinced that comes from paying attention to those voices that push you toward your purpose. Sometimes it takes awhile but at some point we have to listen.
But will this be “the” direction for me? Only time will tell. If it’s not, that’s OK too. As Confucius said so long ago, “Our greatest glory is not in never falling, but in rising every time we fall.”

If you’re interested in connecting, or curious about how I might be able to support you through writing or training, you’ll find me on LinkedIn and are welcome to schedule a chat on my calendar.