Deprecated: Function create_function() is deprecated in /home/mpq06430j4fa/public_html/wp-content/themes/laurie-blog/inc/widgets/widget.author.php on line 4

Deprecated: Function create_function() is deprecated in /home/mpq06430j4fa/public_html/wp-content/themes/laurie-blog/inc/widgets/widget.author2.php on line 4

Deprecated: Function create_function() is deprecated in /home/mpq06430j4fa/public_html/wp-content/themes/laurie-blog/inc/widgets/widget.ad-banner.php on line 4

Deprecated: Function create_function() is deprecated in /home/mpq06430j4fa/public_html/wp-content/themes/laurie-blog/inc/widgets/widget.posts.php on line 3

Deprecated: Function create_function() is deprecated in /home/mpq06430j4fa/public_html/wp-content/themes/laurie-blog/inc/widgets/widget.posts2.php on line 3 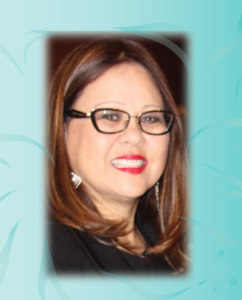 People are fascinating, don’t you think? I looked at the woman in the photograph my colleague pointed out and wondered what her story was. She was well-dressed, wearing a tailored suit accented by a beautiful silk scarf. Obviously, she was financially well-positioned, which meant she was most likely well-educated. She wasn’t pretty, nor was she smiling, but she wasn’t unpleasant to look at because she took care of herself. Her bottled blonde hair showed she took time each day to arrange herself well and scheduled time each month to visit a salon for color and manicures, two things I often find difficult to schedule in my own hectic life. She was simply a nicely-dressed woman standing next to other professionals in what appeared to be a four- or five-star level hotel convention setting. Which also meant that she either had a strong career going or was financially solvent enough to position herself well for future success.
What the photograph didn’t show was what her behavior said about her. She was embroiled in a bitter dispute with one of my colleagues and called often, berating anyone unlucky enough to answer the phone because she couldn’t reach him. I don’t remember the issue or her actual words, but I remember the unpleasant venom she spewed with complete disdain for what she dropped into the lap of anyone and everyone she spoke with. A call from her could ruin an otherwise pleasant day, even if you weren’t the object of her ugly.
Which made me wonder more about her. Rarely did anyone show such a lack of poise, grace or charm in the professional field where I spent my days then. She was an anomaly. What happened in her upbringing that gave her the education that prepared her to run a company, but didn’t teach her how to win people over to her side? In a well-heeled life, why didn’t she learn gentle, thoughtful manners or the skillful ways of well-chosen and strong, yet, kinder, words? Did her parents treat her or allow her to treat them with that level of disrespect or were they simply not present in her childhood? Was her adult life filled with warmth, joy and friendship at the end of her workdays? Or was she surrounded by superficial relationships founded on professional or financial achievements, but without any personal substance? Was she happy? Was this a momentary (albeit month-long) lapse in an otherwise good life or were the words she chose the result of an unhappy one? Did she realize that those choices rarely provide anything worth having?
Every action we make speaks volumes about us. It may not tell others our entire story, but it gives a glimpse into our upbringing, level of education and lifestyle. It tells others about our choices and decisions in life. If someone is painfully approval-seeking, snippets of past emotional, and sometimes physical, abuses show up. Negative, nasty or passive-aggressive behavior often shows profound emotional neglect. And yet, I have learned that some people choose not to move out of those patterns and will remain mean people for a lifetime. Good decision-making skills, healthy choices and the ability to keep things in perspective do not guarantee life will not kick our butts, but it will provide strength, courage and determination to continue, and not merely living, but always seeking and finding something better and richer in our lives.
After looking at the photograph, I simply said, “She’s wearing a beautiful scarf,” and my colleague laughingly replied, “I knew you would find something nice to say. She’s horrible.” What I didn’t say was I wondered how someone who acted so unpleasantly and unkindly could have such wonderful taste. She obviously wants beauty in her life.